After the Remembrance Day service at the Cenotaph in Adderley Street on Sunday morning, a couple of the bands participated in a mini-Tattoo at the V&A Waterfront on Sunday afternoon. The South African Army Band Western Cape and the Pipe Bands of the Cape Town Highlanders, Cape Field Artillery and Cape Garrison Artillery were joined by our exotic visitors, the Pakistan Army Band who performed on the amphitheatre’s stage afterwards, and by a team of youngsters from the TS Woltemade Sea Cadets who are doing a Gun Run for us in the arena at the Tattoo. By all accounts it was an awesome performance, which no doubt had a positive effect on ticket sales.

Monday morning started early for a lot of the people working behind the scenes. Since my early days behind the scenes of the Tattoo in 2010, that unforgettable year when South Africa hosted the FIFA Soccer World Cup, I have learned more and more how much is involved in making an event like this happen. Five years down the line, I realise that I still don’t know everything!

Apart from the performers and acts on the stage, who obviously spend long hours rehearsing and fine-tuning their musical skills and marching drills, there are countless organisations, military regiments, and individuals, both civilian and military, Regular Force and Reserve Force, who all contribute to the Cape Town Military Tattoo. And only a small proportion of this work is actually visible to audiences who attend this event – and yet, all of it is necessary to ensure the smooth functioning of the Tattoo.

Just from the side of the performers, this year we have three international acts (Chloë Agnew, Joey the War Horse and the Pakistan Army Band), five pipe bands (the Cape Town Highlanders, Cape Field Artillery, Cape Garrison Artillery, Algoa Caledonian and Knysna & Districts) and military bands from all four services (Army, Air Force, Navy and SAMHS).

In addition, we have the Cannon Association of South Africa who makes the big bang at the beginning, the Cape Field Artillery Saluting Troop who make lots of big bangs towards the end of the show, and the paratroopers of 3 Parachute Battalion Charlie Company [actually, they’re from 1 Parachute Battalion, but we didn’t know that when we wrote the programme] who are going to make quite a lot of bangs in the middle.

We also have the Precision Drill Squad of the SA Army’s School of Infantry, and the TS Woltemade Sea Cadets and Gun Crew. And we have the Riel Dansers known as Die Nuwe Graskoue Trappers, the Chris Hani School Choir and Dancers, and a String Quartet from the Cape Town Philharmonic Youth Orchestra.

But now, I hope you’ll enjoy the photos below – remember that if you click on any of the photos, you can access the slideshow: 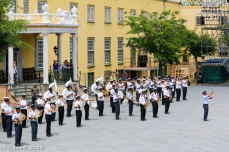 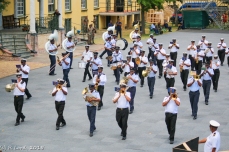 Look – my fellow photies are back!

The Pakistan Army Band rehearses their routine on the arena 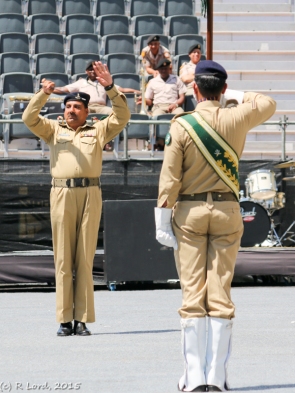 Watchers from the sidelines 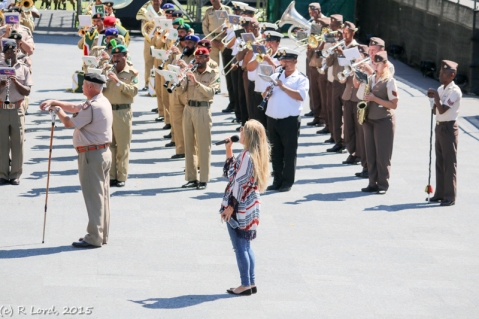 It’s going to be an unforgettable show 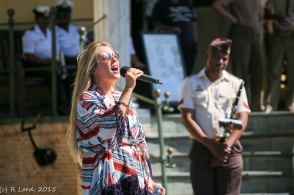 What an incredible voice! 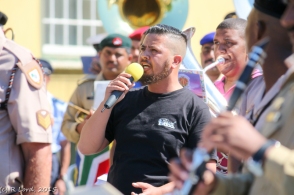 Maruwaan de Bruyn, a drummer of the Cape Town Highlanders Drums and Pipes

Unaccompanied, with just a microphone, she gave us all goosebumps with her rendition of ‘The Prayer’

Paratroopers getting ready to fastrope 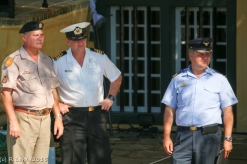 Confab in the stands 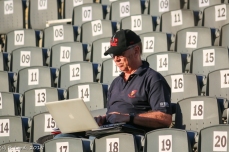 Andy Dippenaar will be announcer this year 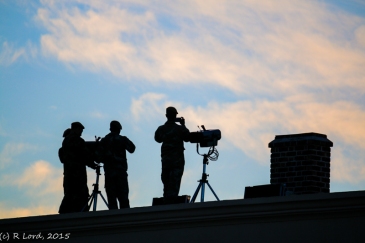 Spotlights on the roof

Trumpeters fanfare from the gantry

Good grief, so they have to play ALL those notes??? 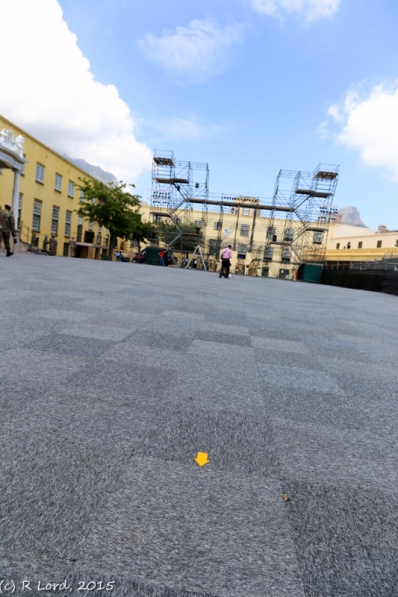 A brief pause, as the Key Ceremony is performed for the visiting tourists

It’s all about spacing and dressing 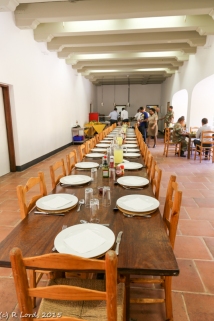 Even bandsmen must eat 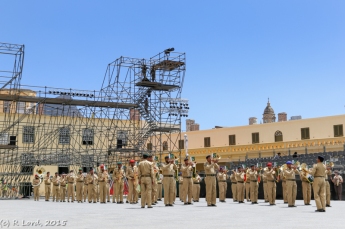 WO2 Charles Canning and Andy Dippenaar 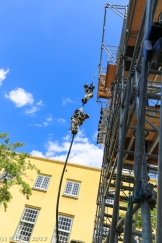 Paratroopers don’t walk into the Castle – they fastrope from above!

All the seats have to be numbered correctly 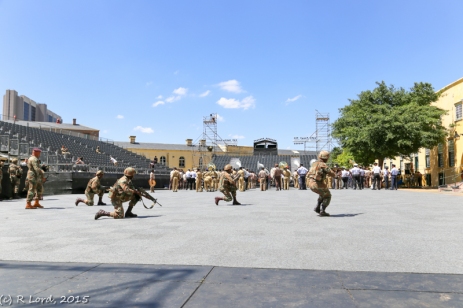 The paratroopers meanwhile continue their rehearsal in the midst of everything 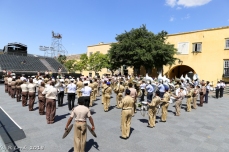 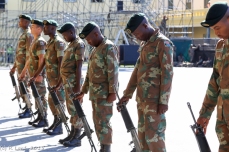 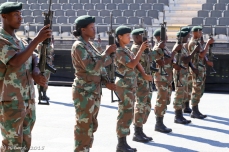 In the early evening, the pipers take to the stage 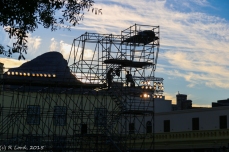 A wall of sound from the massed pipes and drums

The percussion instruments are on raised platforms with wheels this year, so they can be wired for sound separately and moved around the arena as needed by the wranglers

Massed military bands with the fanfare from the gantry