For much of this year, there have been extensive renovations at the Castle of Good Hope. I gather that this is in preparation for her 350th birthday celebrations next year. Yes, isn’t that incredible? The Castle was built between 1666 and 1679, during the time of Jan van Riebeeck and the Dutch East India Company – which makes it the oldest building in South Africa. It has been the centre of civilian, political and military life at the Cape since 1679, and a military headquarters for much of that time. So next year promises to be an exciting one for the Castle!

Throughout the year, different sections have been cordoned off for repairs and structural improvements and thorough repainting and cleaning. This has meant that many of the offices that call the Castle their home – including the Defence Reserves Provincial Office Western Cape, the Recruitment Office, the Castle Control Board’s Office, the De Gouverneur restaurant, etc…. – have been shuffled around to new premises a couple of times. It’s a bit like one of those frustrating board games, where you have one open square, and in order to create a recognisable picture with all the remaining squares, you need to shuffle them all around in a certain way.

Those parts of the Castle where the renovations are more or less done look absolutely beautiful.

Our Grand Old Lady is getting a complete make-over, and she is starting to look really stunning. Photographically speaking, the rich ochre-yellow colour of the newly painted walls, the bright red colours of the doors and window shutters on the central buildings and the dark green colours of the doors and window on all the other buildings, makes for a very striking visual combination.

I went for a gentle stroll around the Castle to capture some photos of this. 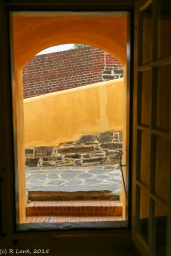 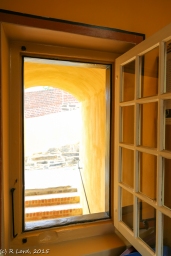 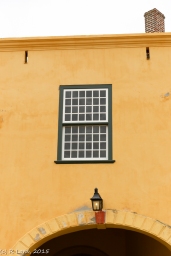 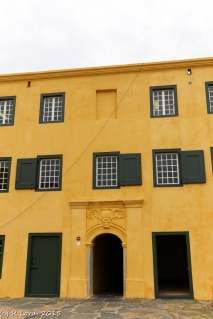 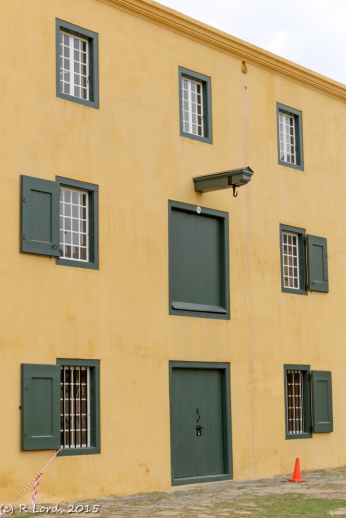 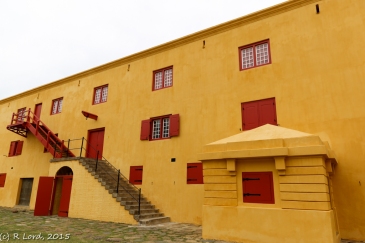 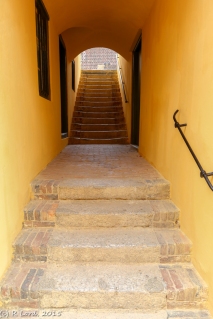 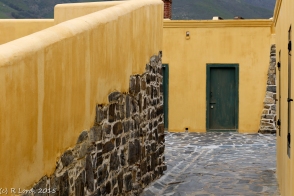 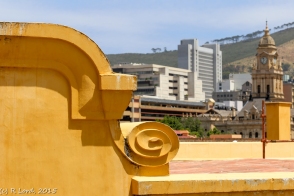 4 thoughts on “Our majestic old Castle is getting a makeover”

Follow Grains of Sand on WordPress.com
Join 312 other subscribers