Alas, I had spoken too early, when I published the previous blogpost – The Cape Town Military Tattoo 2013 must go on – despite the rain!

I believe it is for the first time ever in the history of the Cape Town Military Tattoo that a show had to be cancelled because of the rain. Last year, we had a bit of rain too, and some terrifically strong winds, but the show went on nonetheless because the rain cleared up in time.

But today must have been one of the wettest days in Cape Town since the official end of winter. From early morning, it rained and drizzled, and rained and drizzled some more, almost the entire day. When I drove through to the Castle in the mid-afternoon, it was still drizzling, the streets were wet, drivers had sensibly switched on their headlights, and the traffic outbound was already clogged up with people deciding to head home early. 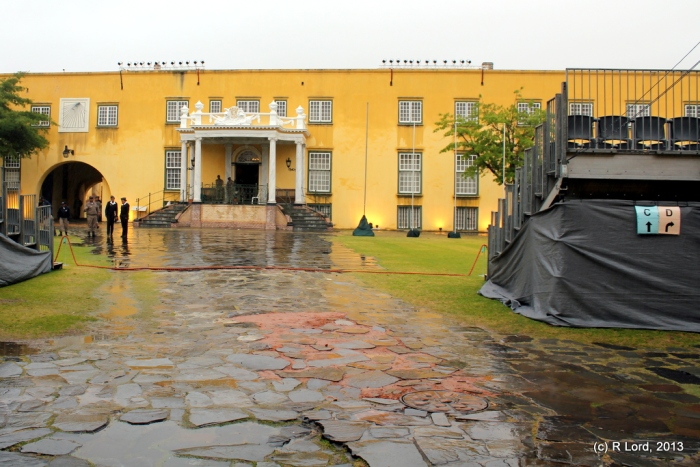 The arena is totally waterlogged after the hours of relentless rain

Nonetheless, the mood behind the scenes was upbeat and determined, in true military style, with everyone making the necessary preparations for what would be the thrilling Opening Night of the Tattoo. Many a hopeful eye was cast heavenward, no doubt accompanied by many silent prayers to the Weather Gods to Please Stop The Rain: Please, just let us get this show on the road; you can start raining again afterwards, when everyone has gone home and is tucked into their warm beds.

All systems were go. The ushers were ready to welcome the spectators, the participants had had their evening meals, and the performers were warming up and tuning up their instruments. The function venue for the VIPs and invited guests was looking beautiful. The K-9 unit were checking the venue with their sniffer dog, a beautiful Alsation named Bolt. The MPs in their reflective vests were looking stern and intimidating. At the various entrances and exits, security was on point to double-check tickets and access cards. 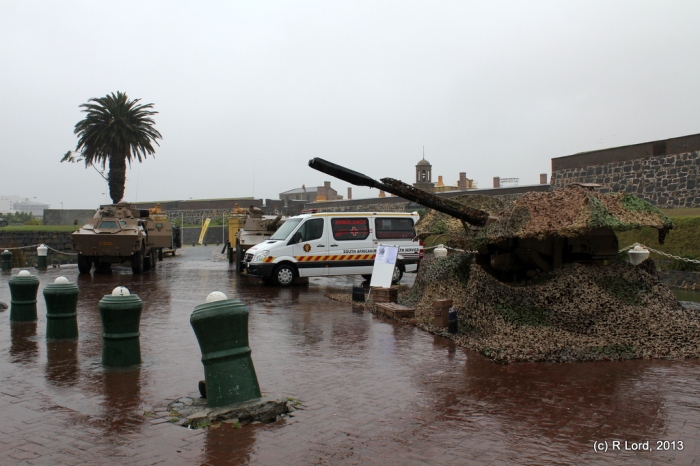 Outside the Castle, the static display outside the Lion Gates was in place – the Ratel from the Cape Town Highlanders, the Rooikat of Regiment Oranje Rivier, the SAMHS ambulance, and the Oerlikon 35mm twin-barrel quick-firing anti-aircraft cannon of Cape Garrison Artillery. Computicket had placed their caravan right outside the Lion Gate for any visitors who hadn’t prebooked tickets. The irrepressible crews of Cape Field Artillery had neatly aligned their four big guns adjacent to the main path.

And still it continued to rain – a soft, relentless rain, that had soaked deeply into the grass, steadily making the ground soggy and squelshy, and creating pools of water between the large paving stones on the pathways.

It was, no doubt, with a heavy heart that the executive committee decided to cancel tonight’s show. As determined and tough military men and women, they were fully prepared to soldier on despite the weather. But the arena was simply too waterlogged, the risk of damage to musical instruments was too high, and conditions for any spectators hardy enough to brave the rain would have been somewhat unpleasant.

Here are some pictures of today. As always, click on any of the photos in the gallery to access the slideshow with captions.

They are off to check the Castle grounds 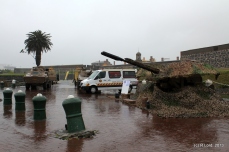 One of the CFA guns is moved into position

The gun tractor reverses up to its parking spot 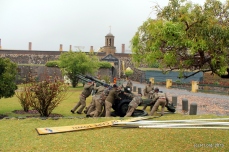 All the men work together as a team 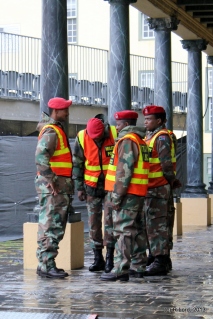 MPs in their reflective vests 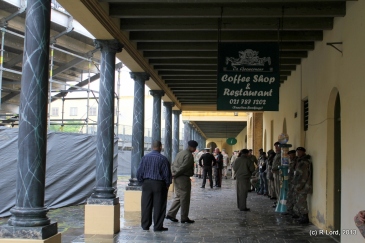 Everyone is sheltering on the porch 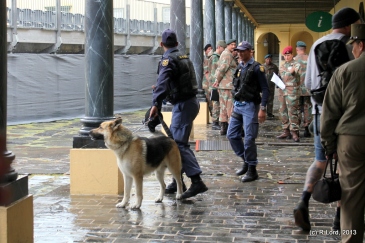 The K-9 unit arrives with Bolt, the sniffer dog 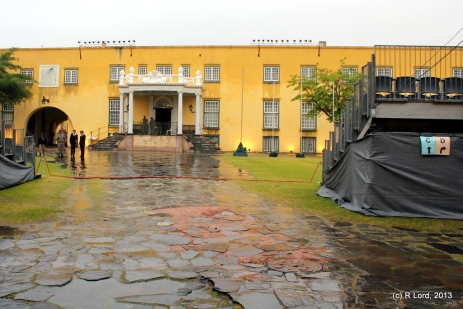 The arena is totally waterlogged after the hours of relentless rain 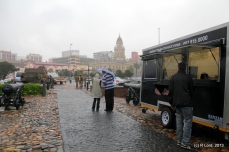 The CFA gun crews re-hitch their guns to the trailers 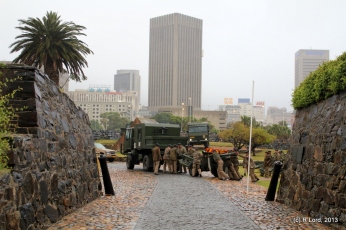 The guns are hitched back onto the gun trailer 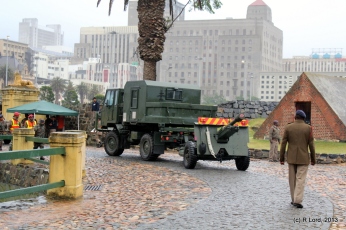 They head back to Fort Ikapa until tomorrow 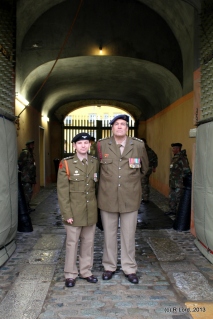 Friendly Captains from ROR and CFA wait to welcome the VIPs 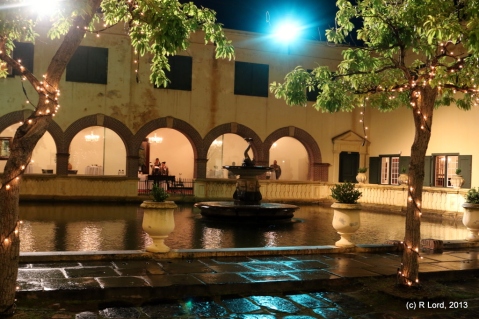 The function venue at the back is beautifully lit up

7 thoughts on “Shall we soldier on – or cancel the show?”