At the start of May, longing to get away from computers, technology and deadlines by spending some time among shady trees and burbling streams instead, we went for a short ramble around Newlands Forest. As always, it was peaceful and serene in this old, well-established forest that is understandably popular among hikers, dog-walkers and trail-runners.

We parked at the Newlands Forestry and Fire Station just off Rhodes Drive (the M3) and joined the throngs of people who, like us, were eager to sweep away the mental cobwebs, recharge the spiritual batteries and get the heart-rate up by striding along forest footpaths. 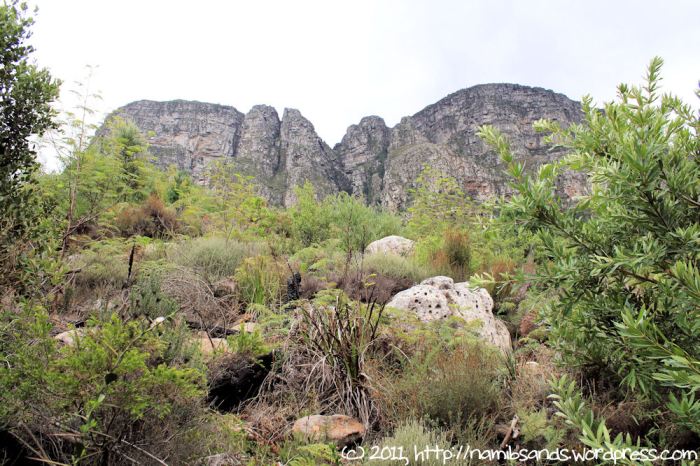 I cannot remember the route we took, as we walked entirely without a map this time, and just allowed our feet to take us along winding paths, over river-tumbled rocks and boulders, and beneath ancient trees. We somehow found ourselves on the old Woodcutters Trail, which is one of our favourites.

It is really easy to feel oneself being swept back through the centuries to a time when there were indeed woodcutters living here. Newlands Forest, which was originally and quite appropriately known as Paradijs was an outpost established by the Dutch East India Company in the days of Jan van Rieebeek to supply the timber for the new settlements and for the shipbuilding industry, as well as for fuel.

At some stage, we found the perfect spot for a picnic, perching ourselves on some vaguely flat rocks in the middle of what would probably be a raging torrent when there has been good rainfall in this area.

We find some flat rocks for a picnic in the forest

Today, there was just a trickling stream, with the vegetation looking rather dusty and dry, and leaves and twiglets crackling beneath our feet. 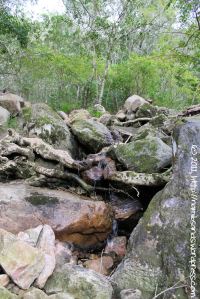 Suitably fortified with tea and sarmies, and our batteries indeed recharged for the week ahead, we set off again and allowed our feet to find a pleasant route back down to the parking area. Until next time, Newlands Forest!

This cairn has been built up over a long time

2 thoughts on “A short ramble around Newlands Forest”

Follow Grains of Sand on WordPress.com
Join 313 other subscribers